Recruiters: How even a bad customer experience can save your billings

The Ultimate Guide to Candidate Experience 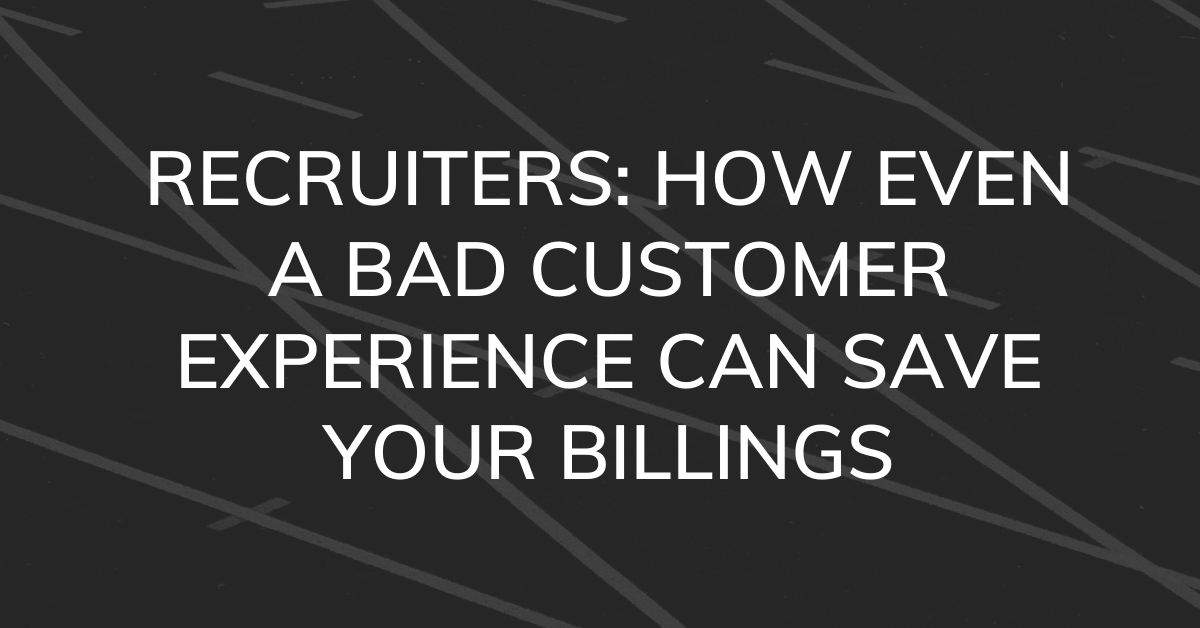 Look on any corner of the internet right now and there’s people screaming blue murder about the Great Resignation.

“YOUR STAFF ARE ALL GOING TO QUIT AT ONCE!” they cry.

“WE’RE ALL DOOMED!” they wail.

OK look, there might well be a few more people quitting than normal right now, but by and large this isn’t the mass migration event social commentators would have you believe.

Who are the majority of people looking for new jobs? Those in the middle of their careers. The 25-45 year olds.

In fact, it’s been called a mass mid-life crisis.

But those quitting aren’t all back-packing ’round Asia to ‘find themselves’ or becoming Yogis in Goa.

Frankly, they’d have trouble getting into Asia, let alone finding themselves. They’re leaving for another job. A better job. One with a better salary. Or better conditions. Or better perks. Or better balance.

And so, how can you make hay whilst this particular sun’s shining? By offering them better.

To use a recruitment phrase, being the conduit to better.

But that means you need a better candidate experience than your competitors. So what is that? And how can you do it?

Customer experience in its regular form takes two elements into account. Firstly the service the customer gets, and also the product.

And that’s an important element to mention in a recruitment context, because as a recruiter, what you’re offering is a service.

But inextricably linked to your service is a product, which in this case, is a job.

Now, chances are, a candidate might very well love the service you provide, they might think you’re a fantastic recruiter who went above and beyond. And then realise they hate the job you got them after 2 months.

So how would they rate the overall experience?

And herein lies the issue with assessing how to nail a fantastic customer experience to the mast of your ship. 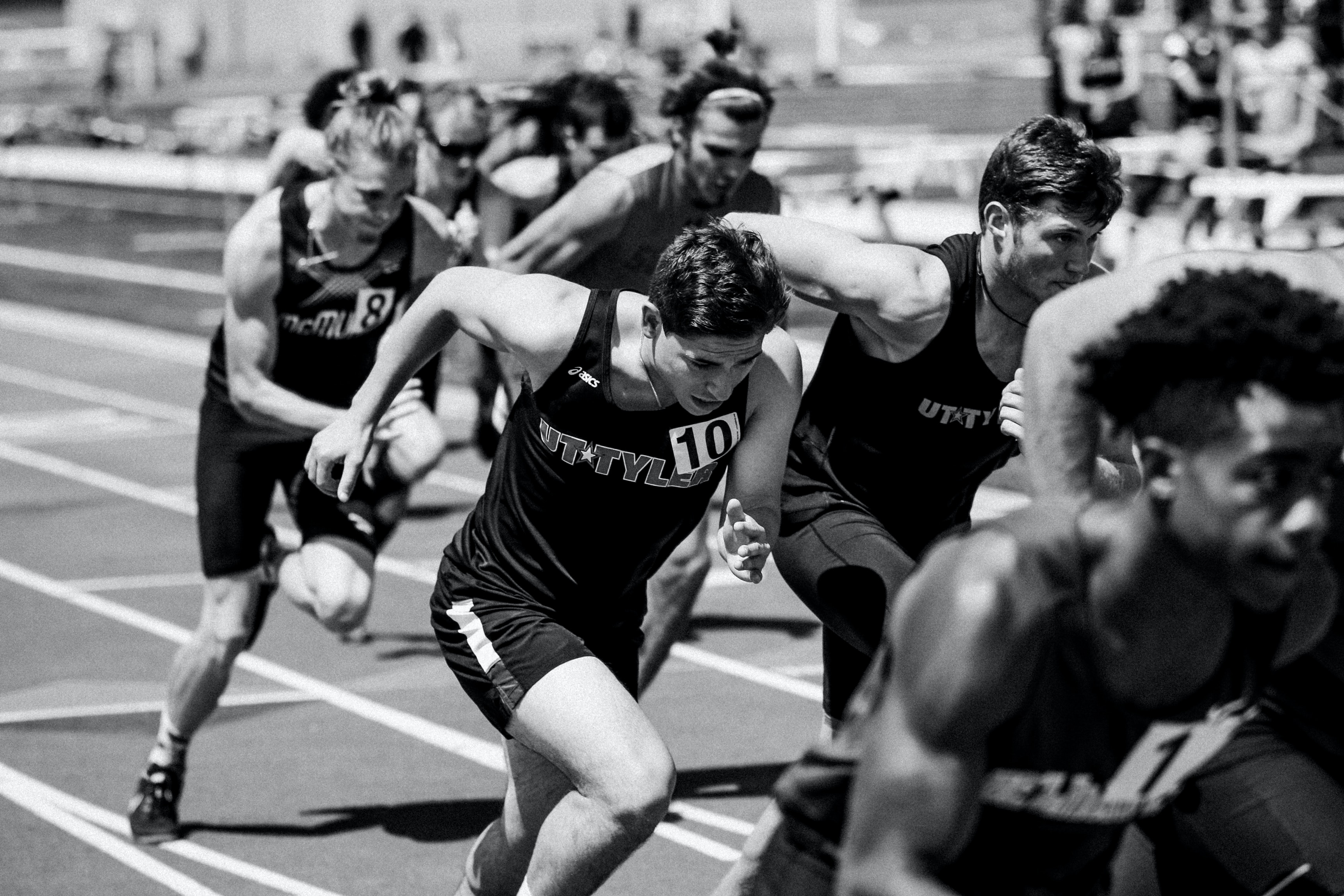 Let’s start with the products you have on offer.

Right now, regardless of any mass migration or great resignation there’s a lot of competition for people’s signatures. You know that already. It’s not news.

And so, working with mediocre businesses isn’t going to get you noticed.

And it certainly isn’t going to put money in the bank.

But the beauty of your job is you have the ability to impact what businesses offer. To consult. To actually give them feedback.

Imagine if someone went out to market on LinkedIn offering a COO role but couldn’t pay the candidate, and advertised as such. They’d be laughed off the platform, right?

And if you were working with this business, you’d tell them as much. You’d consult over their offering and give them a much better idea of the parameters that might see them successful in the market.

This is what you now need to do with everything.

OK, they’re unlikely to offer a COO ‘exposure’ or ‘experience’ to hire them. But they might with junior employees. Or Interns. What’s the difference?

Now imagine taking this attitude into every conversation you have with existing or potential clients. Because remember, you’ve got to sell this to someone. If you know before putting the phone down you won’t be able to, what’s the point in trying?

Aside from service, to have better sales you need better products. And you’re the one picking them. So choose wisely. And walk away from those which aren’t great.

The face of the business

It always strikes me as odd when recruiters don’t push back on clients. But what’s even more perverse is when hiring managers don’t scrutinise recruiters.

Because 99% of the time the face of their business is the recruiter.

Are you going to advertise? Send me another ad you’ve wrriten.

Are you going to sell on the phone? Sell it to me now.

Are you sending out an e-shot? Fine, but let me see an example.

Fine in a bustling market. But candidates haven’t had choice like this in a LONG time. So they’re not going to be swayed by mediocre. 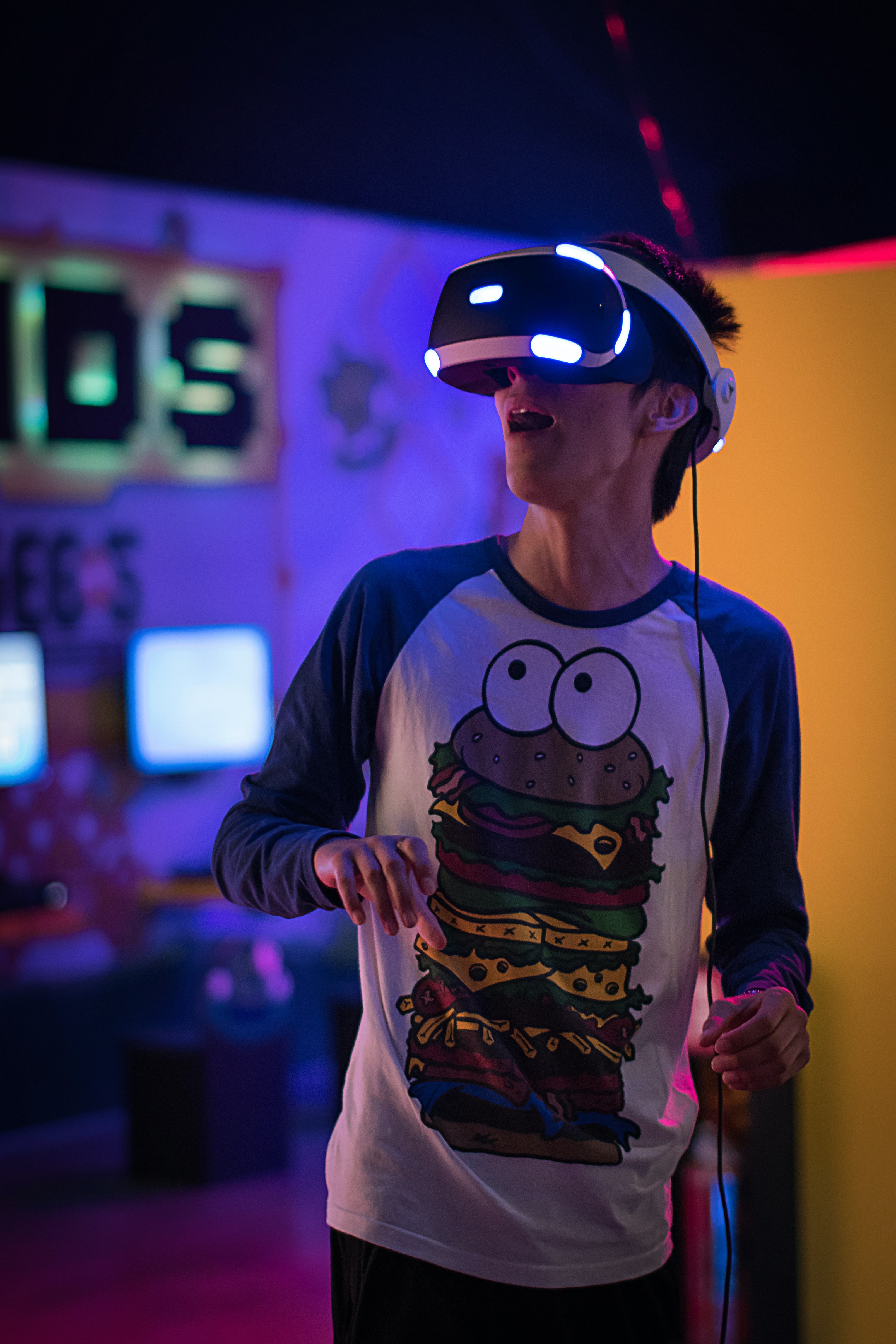 When does CX start?

This is a tricky question, because at some point, the reader, or scroller becomes the candidate. It’s possibly just after they’ve clicked ‘apply’.

But you could argue the same event is different in the minds of the recruiter, the client and the candidate themselves.

For example, a recruiter ignoring a wildly irrelevant application from Wales, for a Developer in Sydney. The candidate thinks they’re in with a shot and might relocate. The recruiter doesn’t. The client doesn’t know a thing.

But for genuine candidates there’s an incredible amount you can do as a recruiter to impact their experience.

It probably starts with an ad. Then continues on the phone. Then there’s interviews. Feedback. Offer. Communication to acceptance. Then negotiation. Then start date. And then probably the actual job for about another 3 months.

Whose job is it to make sure all of this is brilliant? Yours? Some of it, sure. And sometimes it’s your job to deliver the experience. Other times, you’re there to police the client’s delivery.

Where that isn’t possible and the client’s making you look bad by not delivering, ask yourself why you’re allowing your reputation to suffer due to someone else’s mistakes. 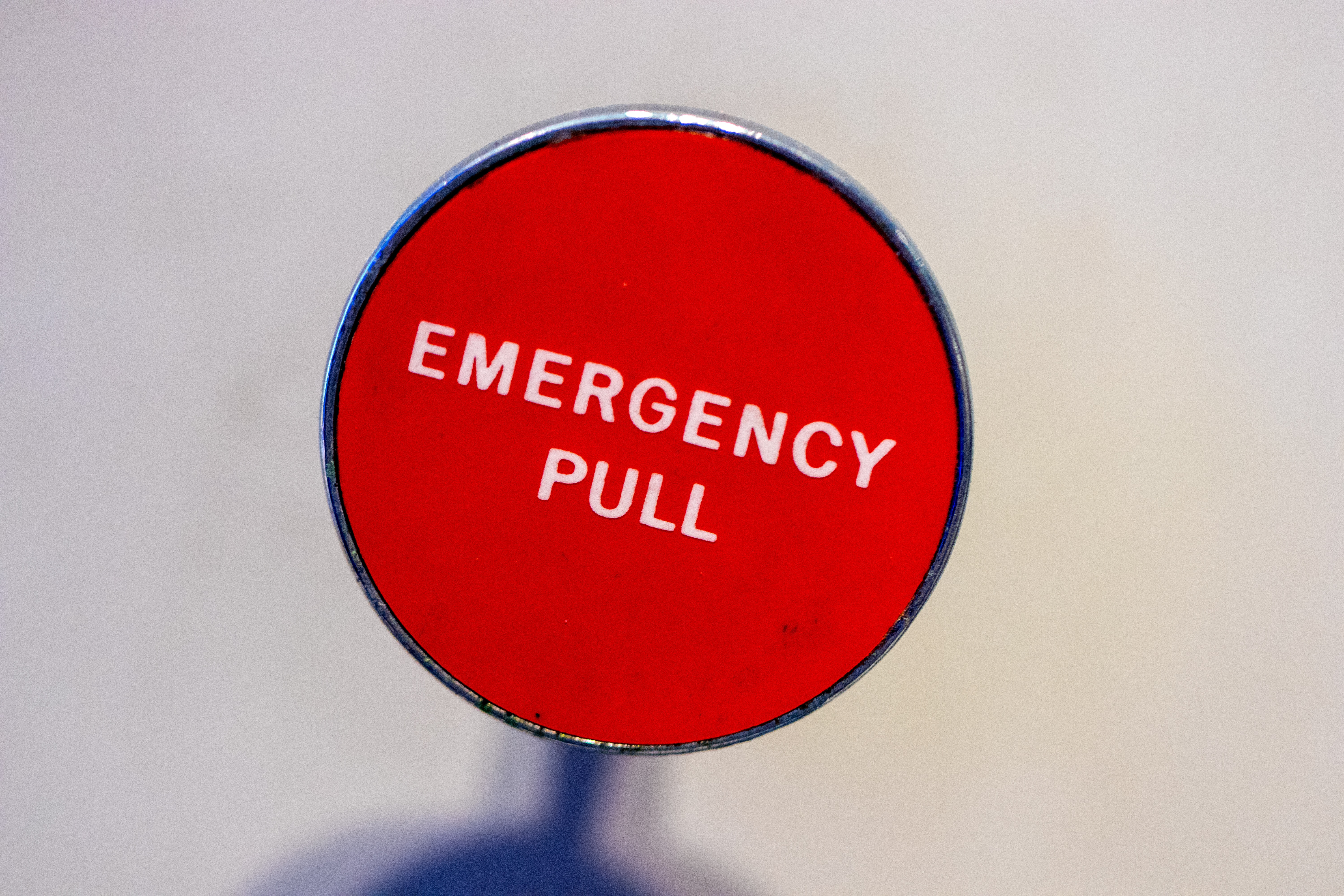 Utilising existing clients to get more

You’re almost certainly familiar with what an NPS is.

But if you’re not, imagine asking every candidate you work with to grade you out of 100. As you ask more and more, so you get an average.

A little like your credit score. Only this is career credit.

What if it’s negative feedback?

Well, you might think getting negative feedback’s a disaster. Only getting honest negative feedback is actually very powerful. Because often, those disgruntled with how you’ve worked normally just say “sod this” and go somewhere else.

They don’t say why, and you repeat the same mistakes never knowing how to fix up.

But imagine knowing what annoyed these people and being able to make sure the next person doesn’t experience it? That’s like a super power.

And where NPS and customer experience really comes into its own is in the promotion of it for your benefit. There’s hundreds of thousands of studies out there to suggest that getting a rating on trip advisor will increase a hotel’s revenue.

So imagine this for your career.

By and large, your reviews will be great, right? You’re a good recruiter. It’s highly unlikely any career recruiter’s bad at what they do.

So all you have to do is showcase your rating. Show the world all the good you do. And not in a showy ‘look at me’ kinda way.

Just in the same way hotels do. In the places customers… or in this case candidates… look. So, Seek. And LinkedIn. And Google.

Do you know how many candidates Google you?

If they can’t find a rating for you, but they can for your competitor… guess which one they’ll work with? 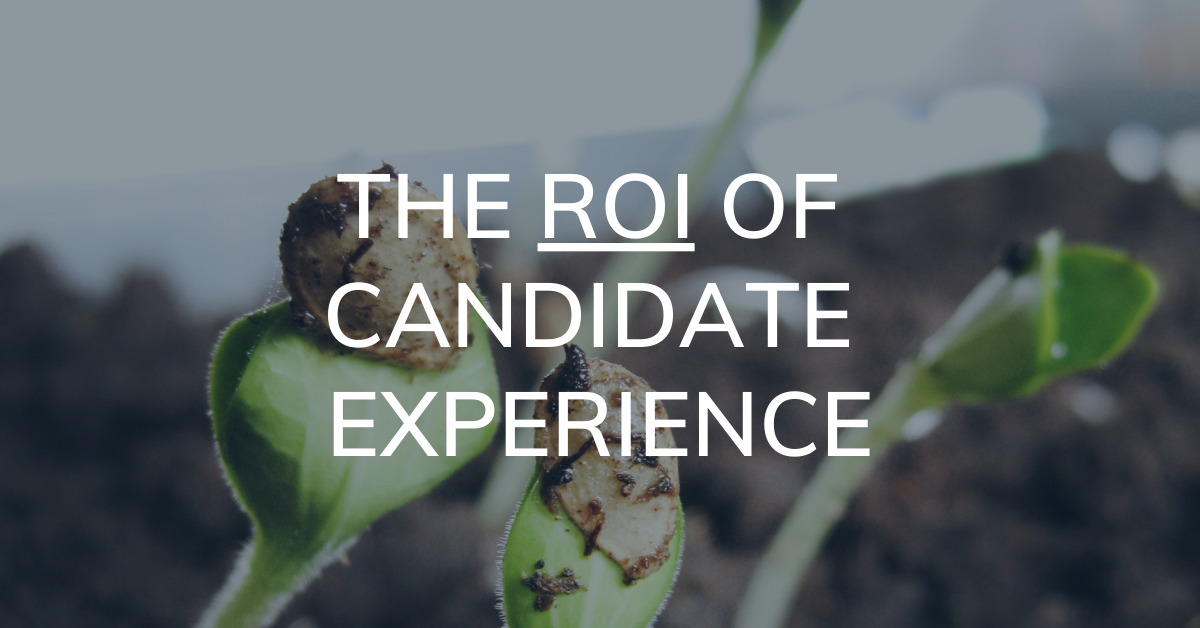 The ROI of Candidate Experience 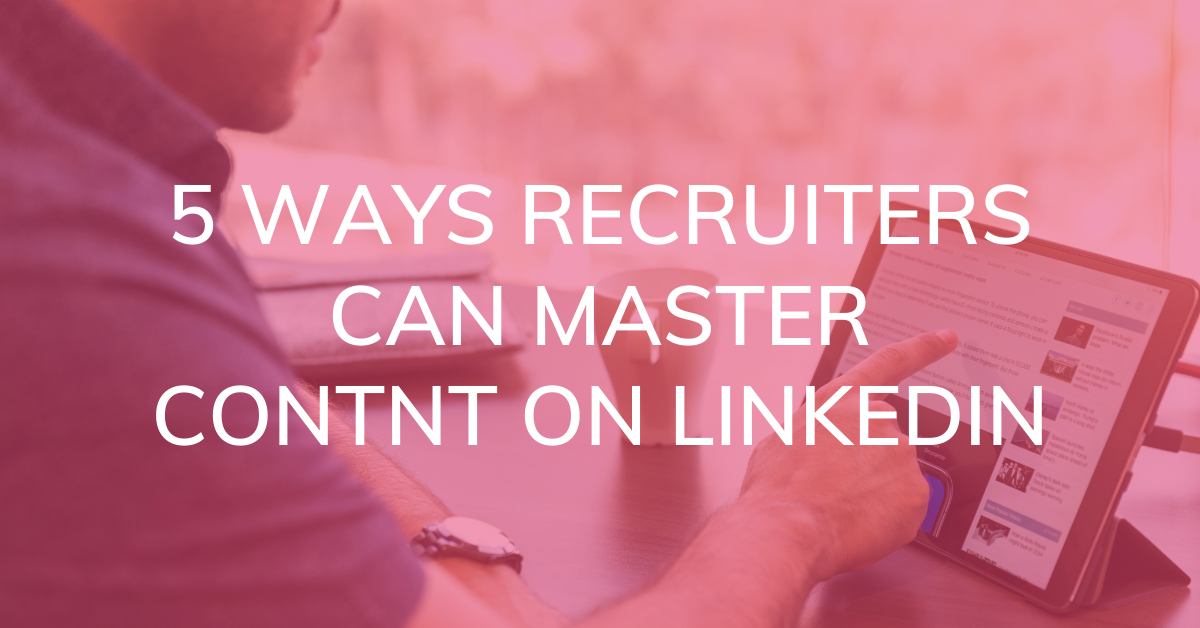 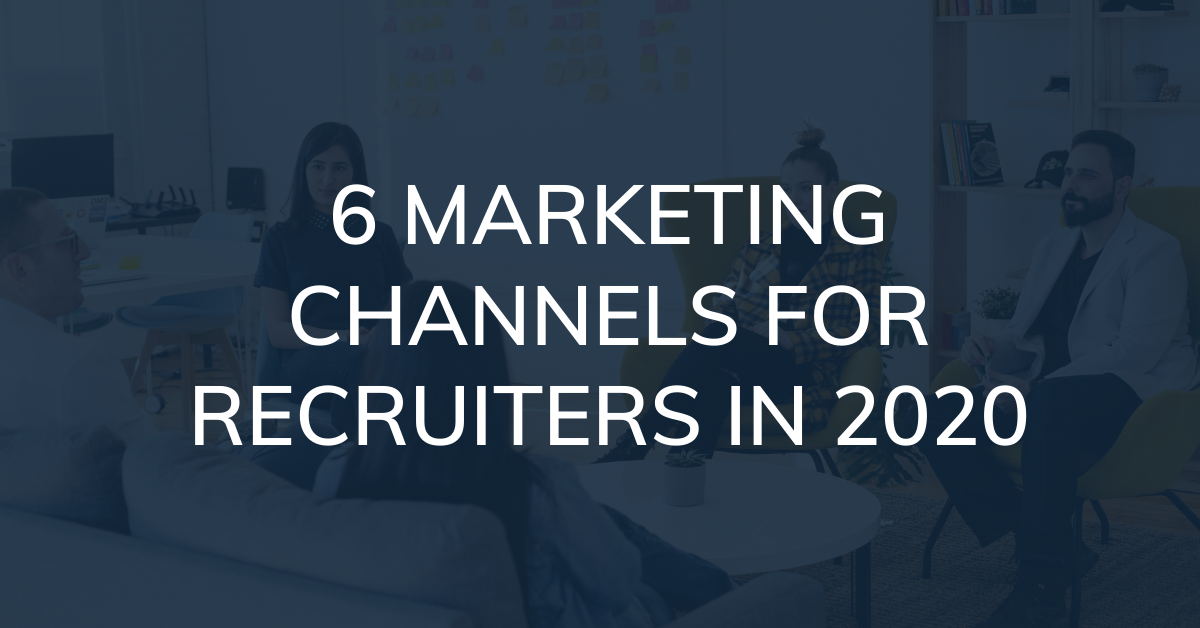 6 Marketing Channels for Recruiters in 2020